What Fantasy/Sci-Fi Character are you?

This is a fun little quiz to see what Fantasy or Sci-Fi character you are.

I answered truthfully and I turned out to be Spock... but I was also curious to see what happened if I changed my answers slightly. Did you know what the difference between Spock and Harry Potter is? I'll tell you. Harry Potter would gladly kill his best friend if it were to mean immortality for himself. Thank goodness that isn't something I'm apt to do.. something drastic indeed might have occured had I turned out Harry Potter.

My girlfriend Kellie and I have often brought up, in dialog, the question of what is the difference (if any) between a Republic and a Democracy. For those of you unaware that there was an argument concerning these two things, let's just say that there has been a lot of difference in opinion over the last several hundred years about what these two terms mean.

It is apparent that the founding fathers clearly had a disdain for what they termed "democracy." I could choose from hundreds of statements to exemplify this, but I think that just one coming from Benjamin Franklin very clearly typifies the sentiment:

Democracy is two wolves and a lamb voting on what to have for lunch. Liberty is a well-armed lamb contesting the vote!

But we hear the word "democracy" every day, almost always in a positive light as in sayings such as "we are bringing democracy to the world." The question at hand then is this: Has the meaning of the word somehow changed? Or have the virtues of the founding fathers not been carried down to today's media and politicians? I have a hunch that it's the latter; however, Kellie, being the analytical person that she is, challenges me to consider that the word may have evolved.

Well then, here are my own thoughts on the word "democracy.". . .

When considering the word, with no qualifier of any kind, it is fairly ambiguous. There are a myriad of ways to interpret it, but let's look at two that I feel are the most common:

A political-democracy is obviously a true representational form of government. So is a republic. The difference? A republic guarantees that certain things are not and never will be placed up for a vote. The Bill of Rights is one of the most clear examples that there was no intention for this country to form a political-democracy without such guarantees. While semantically I will not dispute the fact that our country is a democracy (although a limited republican form) and should be one, I have to wonder what is going on when the media espouses a very ambiguous word as if it were some utopian, idealistic panacea that everyone should strive for and support. The only conclusion that I can come to, given such an ambiguous term, is that we are being deceived.

After much dialog, I now believe that the word "democracy" HAS changed over the years, not because of cultural reasons or natural language evolution, but because of a series of systematic changes that has occured in our own government. The traditional way for a government to control people is with weapons; however, the populace (at least in the United States) has more weapons than the government itself, so that won't work. The alternative is the much harder task (but still feasable one) of changing our minds by deception.

I just found this document today. It is the Soldier Training Manual (TM 2000-25) published by the War Department in November of 1928 on the topic of Citizenship. Its stated intent is to prepare soldiers that they "may be returned to civilian life better equipped as the defenders of the institutions of our Government in time of peace as well as in time of war." It contains definitions of the two terms we are discussing today. It is prima facie evidence that the US Government had a drastically different take on what democracy is compared with today. Here it is copied directly from the manual itself on pages 91 and 92:

It is rumored that Franklin Roosevelt ordered that this book be destroyed, shortly after his infamous 'banking holiday.' Whether or not this is true, it still shows that there has been a dramatic shift in both the platform of modern politics and also in the meaning of what otherwise appears to be a simple word.

The United States shall guarantee to every State in this Union a Republican Form of Government -- Article 4 Section 4 united States Constitution... what was all the fuss?

This has got to be one of the dumbest products ever 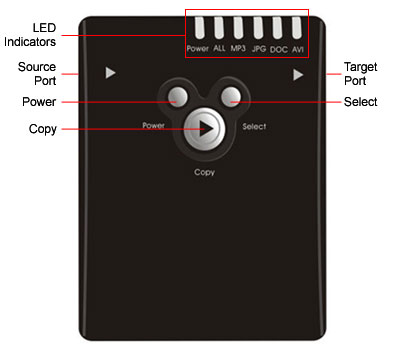 Introducing the Ares Smart X Copy... I wouldn't let this thing near one of my USB devices...